History: Two English Bulldog puppies (1, and 3 weeks old) had trouble breathing in the morning and by noon had died. 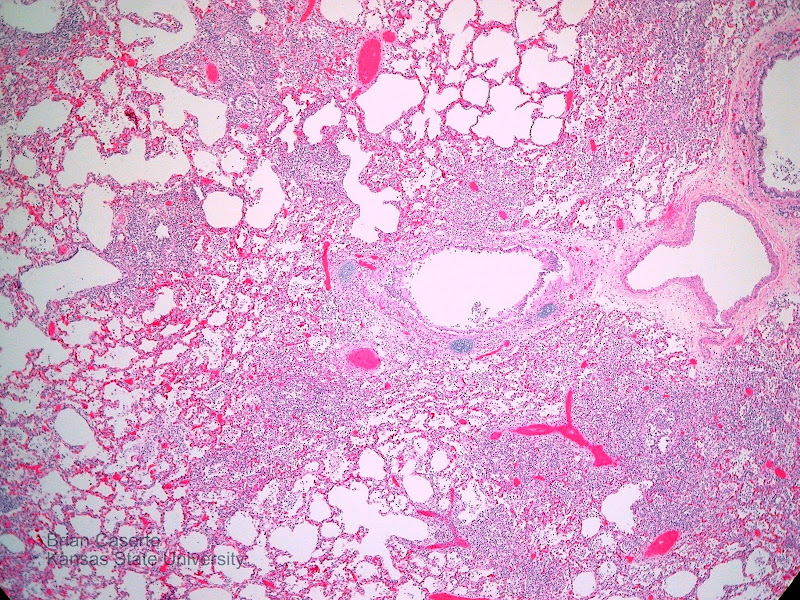 Lung: At low power, centered around bronchioles and extending into the interstitium are cellular infiltrates. Bronchiolar epithelium is sloughing off the basement membranes 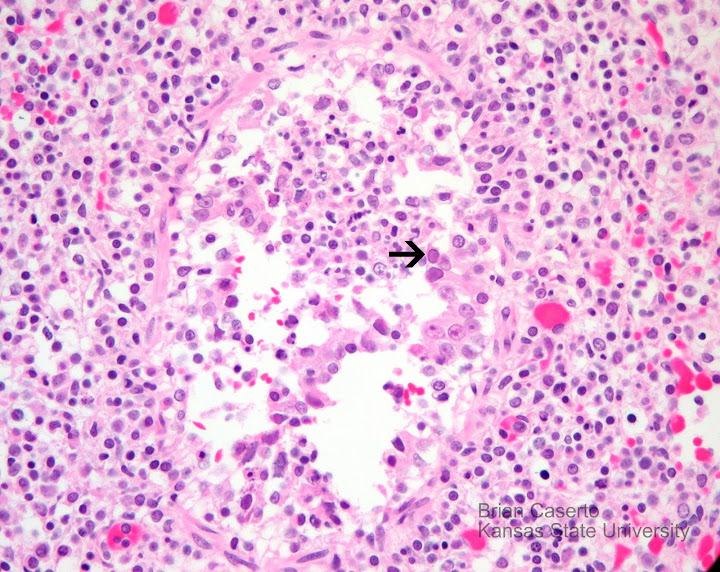 Lung: At higher power, centered on a bronchiole there is necrosis and sloughing of respiratory epithelium. Epithelia contain nuclear inclusions which fill the nucleus or marginate the chromatin (arrow) 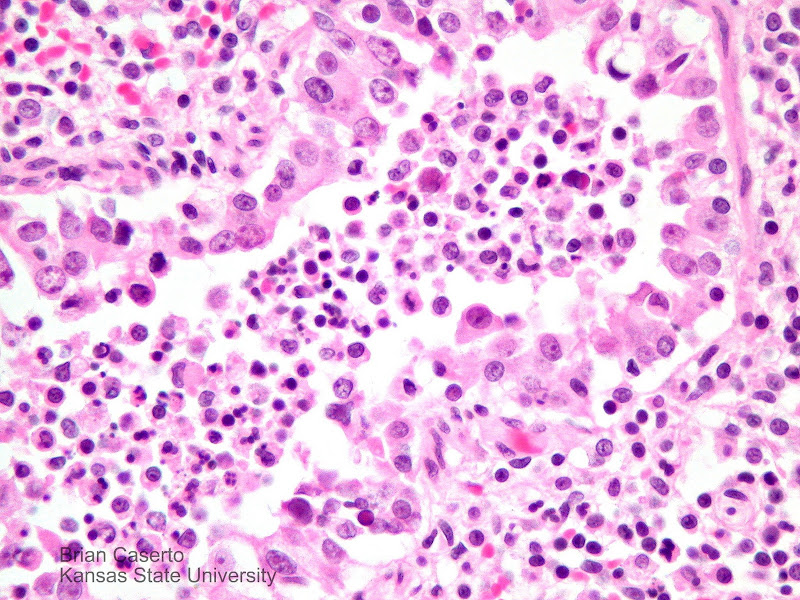 Lung, bronchiole at high power: Intranuclear inclusions are visible, and the lumen of the bronchiole contains necrotic cell debris and degenerate neutrophils, indicating a bacterial component secondary to loss of epithelial defenses. 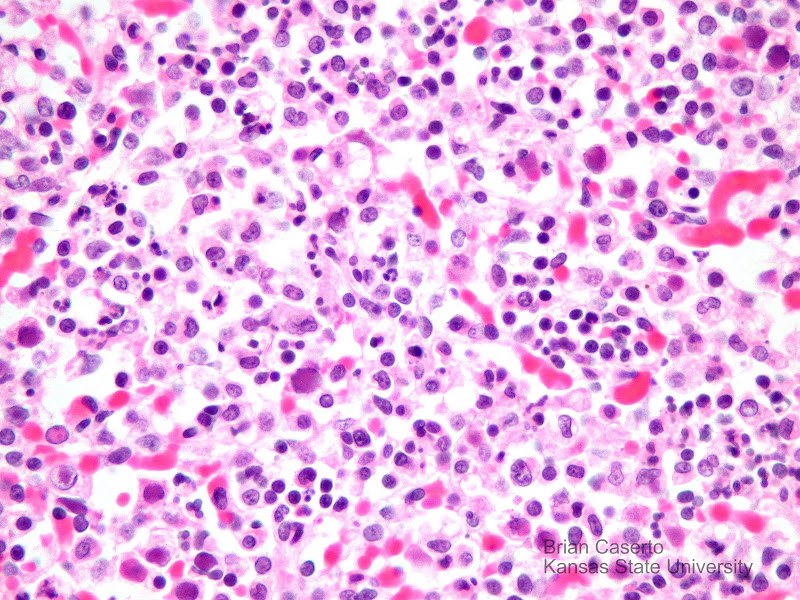 Lungs, alveolar spaces: The lung is collapsed, alveolar capillaries are congested, and there is necrosis of type 1 pneumocytes, and intranuclear inclusions. There are a few neutrophils present.

The features of the pneumonia are diagnostic for Canine Adenovirus type 2.  This disease affects unvaccinated juvenile dogs and is distinct from disease caused by Canine Adenovirus type 1 (Infectious Canine Hepatitis).  Infections may be mild particularly in vaccinated animals, and limited to the upper respiratory tract, producing a serous or catarrhal rhinitis or tracheitis.  Disease in the lungs is severe when complicated by bacterial pneumonia.  In this case the disease was peracute, the lesions are necrosis with only moderate cellular infiltrates, and no type 2 pneumocyte hyperplasia which takes at least 3-4 days to appear. Bacterial cultures indicate a possible complication with bacterial pneumonia. Common bacterial causes of pneumonia in dogs do include E coli, particularly in newborn pups, as well as Klebsiella pneumoniae, Bordetella bronchiseptica, Pasteurella spp, and Streptococcus spp.  Multifocal hepatic necrosis indicates bacterial sepsis and likely contributed to the acute death in these pups.