History:  A 1 month-old Charolais cross was submitted for necropsy, from a herd where several were found acting “goofy” and walking in circles with foam and blood coming from their mouths. They died within 1 hour of symptoms. The calves were fed “wet cake” from an ethanol plant.

The calf was in good body condition. There were no gross abnormalities. The brain did not fluoresce under UV light.

Brain, cerebrum: there is mild multifocal necrosis and degeneration of the superficial to middle laminar cortical neurons, characterized by cellular and nuclear pyknosis, hypereosinophilic, angular cell borders, and occasional rarefaction of the surrounding neuropli. There is multifocal hypertrophy of capillary endothelial cells, and a few macrophages in Virchow-Robbins spaces surrounding vessels. 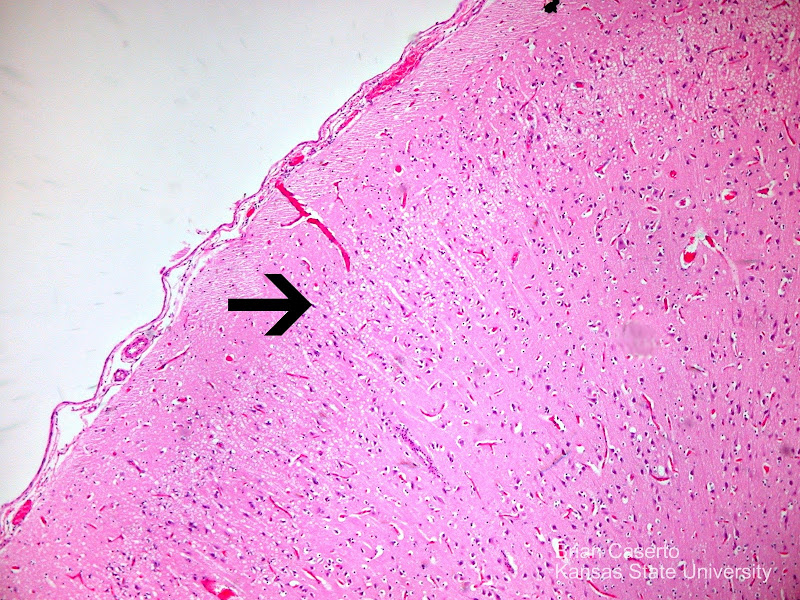 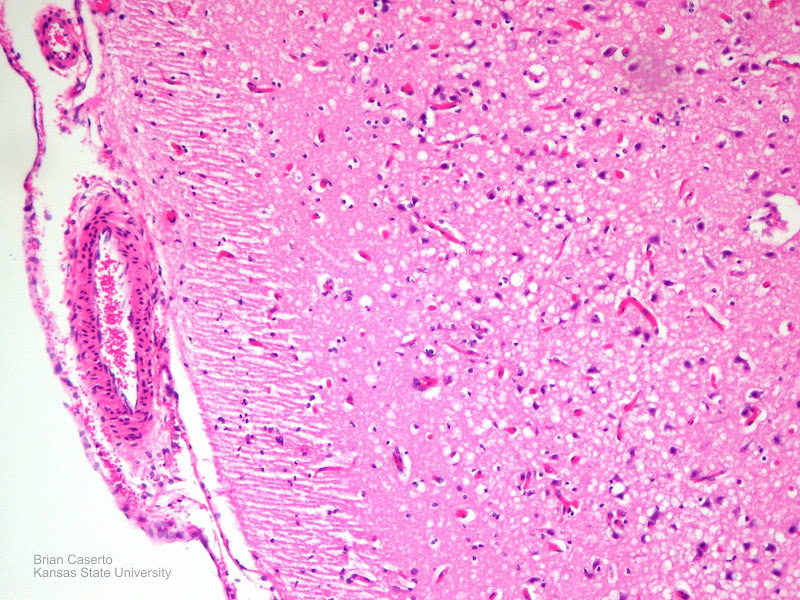 Cerebrum, higher power: A closer view shows the rarefaction (clear spaces) centerer around neurons in the superficial to middle lamina of neurons 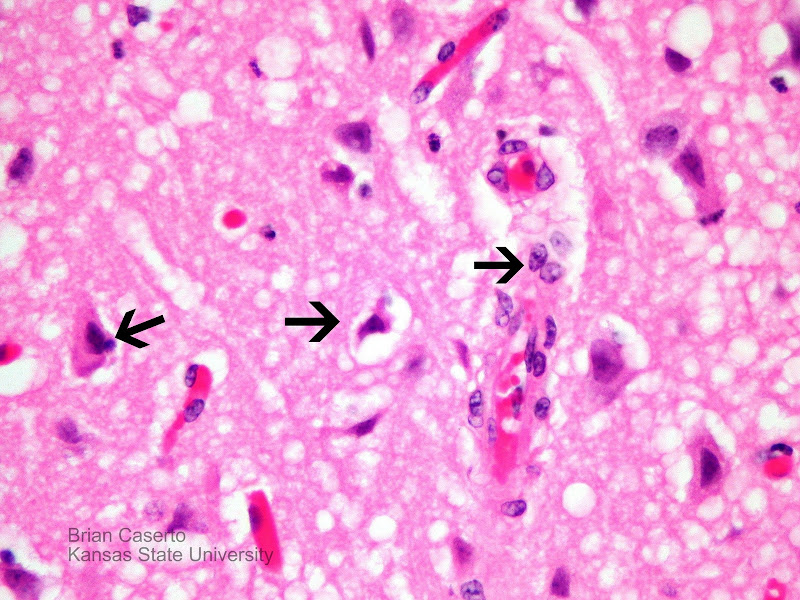 This is a case of lead toxicity causing laminar cortical necrosis or Polioencepahlomalacia in calf.  The mild lesions pose a contrast to the severity of clinical signs, probably as a function of the acute nature of the illness. The source of the lead was never discovered int his case.

Poliencephalomalacia in ruminants can be caused by thiamine deficiency (Bracken fern, Sulfur, grain overload), lead, and cyanide poisoning. It has also been described in salt poisoning in swine. In young animals PEM may cause acute death with only swelling of the brain or cerebral edema.